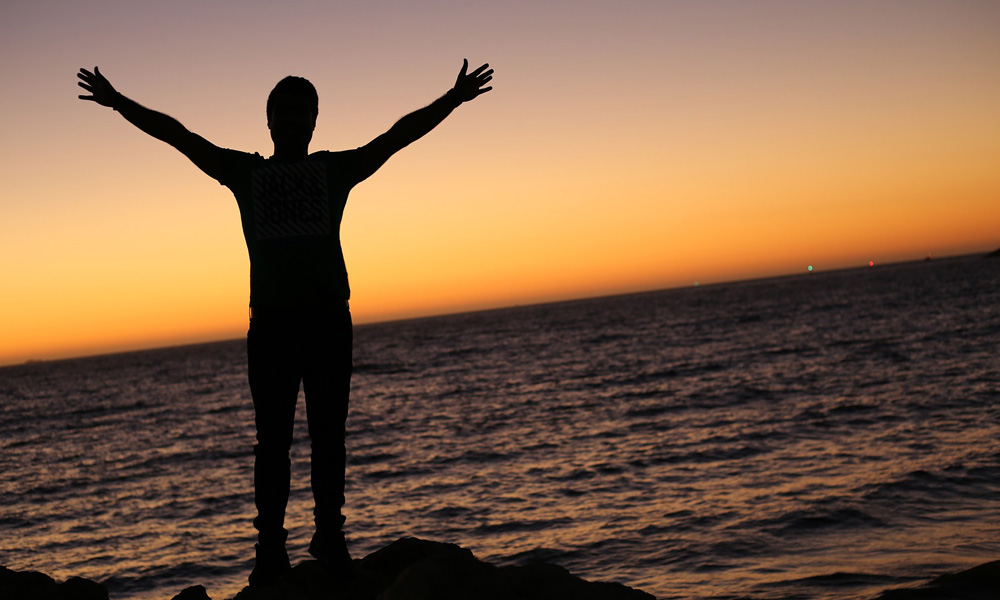 1 Samuel 15:22 “But Samuel replied, “What is more pleasing to the Lord: your burnt offerings and sacrifices  or your obedience to his voice? Listen! Obedience is better than sacrifice, and submission is better than offering the fat of rams.”

Christian obedience is, to hear God’s word and act accordingly.  The word translated “obey” in the Old Testament means “to hear”.  In the New Testament obedience is described by words such as “to hear, to listen, in a state of submission, to trust.  To hear Gods words does not in itself constitute obedience, and acting on it also does not constitute obedience.  Saul heard Gods instruction, he acted on Gods instruction, but he was not obedient to the instruction, as he did not do ALL that was required, “Saul and his men spared Agag’s life and kept the best of the sheep and goats, the cattle, the fat calves, and the lambs—everything, in fact, that appealed to them. They destroyed only what was worthless or of poor quality,” 1 Samuel 15:9. This act does not constitute obedience, obedience means “TO HEAR GOD’S WORD AND ACT ACCORDINGLY”.  Saul heard God’s word but acted inadvertently.

When we fail to accord well with God’s word and/or instruction, then we can be certain that we are in total disobedience to God, and failure to totally obey Him leads to ruin.  Acting on God’s instruction is very important as it shows who we are, and if  we say that we are Gods disciples or Gods people, we need to do His will to show this Mathew 7:21“Not everyone who says to me, ‘Lord, Lord,’ will enter the kingdom of heaven, but only he who does the will of my Father who is in heaven”.  When we are disobedient to God, it does not only show that we do not love Him.

Jesus said that when we obey God, it shows that we love Him, and it is this person or people that He will be revealed to.  John 14:21 “He who has My commandments and keeps them, it is he who loves Me. And he who loves Me will be loved by My Father, and I will love him and manifest Myself to him.”

Obedience to God also means, imitating God in holiness, humility, and love 1 Peter 1:15“As obedient children, let yourselves be pulled into a way of life shaped by God’s life, a life energetic and blazing with holiness”.

We may be saying that you know, I really do obey God in every sense of it, however there some very salient everyday things that we need to be aware of and that can be simple everyday disobedient to God, and this includes;

Our prayer lives – The Bible instructs us to pray at all time and in every situation, but for some of us, we have determined that we will only pray when there is a need to pray i.e. when things are not going according to plan.  Is there a particular time that we should pray?

Failing to give thanks – Some people have come to a self understanding that there are some things that you do not need to thank God for e.g. your food, your job, or your current situation.  You know what, as long as you know that God is in control, you need to give Him thanks.  I am sure that when Jesus first prayed at the tomb where Lazarus was buried and said “Father I thank You”, some people who may have heard him would have been turned off.  We need to always thank God irrespective of the situation, remember, it could have been worse.

Failing to walk as commanded by God – Jeremiah 7:23 “But I did say this, commanded this: “Obey me. Do what I say and I will be your God and you will be my people. Live the way I tell you. Do what I command so that your lives will go well.”  The problem is that, a number of people throw all of Gods commandments out, when things appear to be going well in their lives, because at that point, they think He really is not needed. Living this way is a disaster waiting to happen.

Failing to use your gift for God – God has given the various individual gifts that we have, so that we will use it for His praise and glory.  When we fail to use it as He requires, then, we stand the risk of walking in disobedience.  1 Corinthians 12:1 – 12

Not loving God – You may say “how is this possible?” I really love God, but the issue is not really loving God, it is about loving the God’s that you see everyday Genesis 1:26 – 27“Then God said, “Let Us make man in Our image, according to Our likeness; let them have dominion over the fish of the sea, over the birds of the air, and over the cattle, over all the earth and over every creeping thing that creeps on the earth.”  So God created man in His own image; in the image of God He created him; male and female He created them”.  And because we are created like God we have God in us and if you do not show love to these people created in the image and likeness of God, it means that you are in disobedience to God. 1 John 4:20 “If someone says, “I love God,” but hates a Christian brother or sister, that person is a liar; for if we don’t love people we can see, how can we love God, whom we have not seen?”.

I will want us to first realize and understand that disobedience is unacceptable to God and have consequences for the instigator and the partaker.  Whether you are the initiator or partaker of somebody else’s disobedience, God will not let you go easy.  We see and example in Genesis 1:14:19In the disobedience that happened in the garden of Eden, God did not spare any of the people involved in the party.  The consequence is that because disobedience does not please God, He will take action when it happens.

It affects not just us, but people that we have a relationship with – In Genesis 8:5Pharaohs disobedience to the command of God through His servant Moses led to hard suffering to everyone in Egypt.  So imagine the people that you act of obedience has the potential to affect, your spouse, children, friends, church etc.

Difficulty in our lives – In Deuteronomy 2:14 – 15, the simple reason why Israel spent 40 additional years on their journey to the promised land was because of disobedience.  This happened to them because they rejected the love of God, rebelled against His authority, and ignored His command.  Disobedience has the potential of causing or stopping God’s promises.

It has the potential to stop the fulfillment of God’s promises in our lives – The plan for Moses was that He would lead Israel into the promised land, but because he disobeyed God’s command and dishonoured God in the presence of Israel, this plan was changed.  Numbers 20:12“But the LORD said to Moses and Aaron, “Because you did not trust me enough to demonstrate my holiness to the people of Israel, you will not lead them into the land I am giving them!”.

What’s Love Got To Do With It?

Time For A Heart Check